William Land: A Heart for Hospitality On a beautiful spring day residents of Sacramento have the opportunity to utilize many parks. For those living south of the city, in a place once known as Sutterville, the park du jour is most likely William Land Regional Park.
Established in 1918 from a bequest left by hotel mogul William Land, today the park includes a golf course, basketball courts, soccer and softball fields, an amphitheater, the Sacramento Zoo, Funderland, and Fairytale Town, in addition to numerous lakes, jogging paths, and picnic and play areas.
But who was this benefactor who bequeathed $250,000 to the city to “purchase a public park within a suitable distance of Sacramento”?
William Land was born in Herkimer, New York, in 1836. One of 14 children, he was sold into indentured servitude by his father for a $50 per year payment to his family. He eventually purchased his freedom from this contract, went to college, and graduated with honors from Iron City Commercial College in Pennsylvania.
In 1860, Land headed West and arrived in San Francisco with three dollars in his pocket. He proceeded to walk to Sacramento, renting a room for 50 cents at the Western Hotel, which was located on K Street between 2nd and 3rd Streets. He secured employment as a sweeper and busboy at the hotel, and so began his career in hospitality. 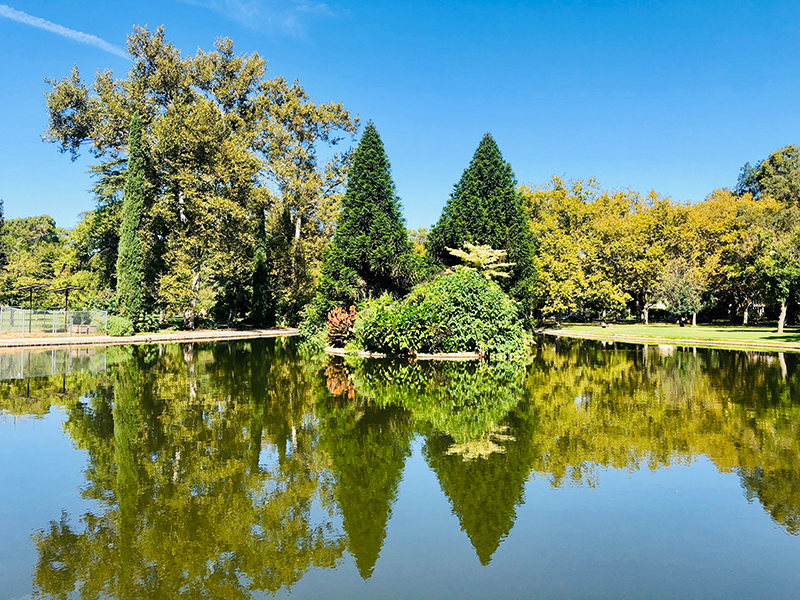 William Land Park
By 1871, Land had amassed the funds necessary to purchase the Western Hotel from then owner N.D. Thayer. He lost no time in promoting his new venture in the Sacramento Union. Advertisements touted the many features of the hotel including the “Two hundred and seven large family and single rooms, neatly furnished by the day, week or month. The table always supplied with the best the market affords. Breakfast in time for the cars and boats.” And all of this for the price of “Board, $4 per week; meals, 25 cents; single rooms, 50 cents.”
Land was forced to rebuild the Western Hotel in 1875 when it was destroyed by fire. The new building was constructed in seven months, and according to the Sacramento Union, was the “finest second class hotel on the (Pacific) Coast.”
Land continued to purchase lots adjacent to the hotel to prevent the construction of other buildings that would block light to his hotel and later to add on to the structure. In 1892, he purchased the State House Hotel on the southwest corner of 10th and K Streets. In 1909, he had the building demolished and put up the five-story Hotel Land on the site. Although he died less than two years after Hotel Land opened, the business remained in operation until 1960.
William Land was one of Sacramento’s wealthiest residents and one of its biggest benefactors. As Sacramento’s mayor from 1898-1899, he supplied an interest-free loan to the city of $80,000 to help reduce taxes and retire city bonds. Throughout his lifetime and after his death, he provided financial support to the city that furnished his fortune.
Upon his death in 1911, the full extent of Land’s philanthropy became evident. He bequeathed $450,000 for the public well-being stipulating that $250,00 was to be used to purchase a public park within a suitable distance from Sacramento. In addition, a fund of $200,000 was left to the city, “the income of which is to be used for the care of the indigent poor.” The Sacramento Orphanage received $10,000, and the Catholic Convent, the YMCA, and YWCA each received $5,000.
In 1918, the City of Sacramento used $147,000 of Land’s bequest to purchase 238 acres of land just south of the city in a place once known as Sutterville. The park that was developed on that parcel is known as William Land Regional Park and has become a well-known and well-loved addition to the city.
by Jerrie Beard
SOURCES
Sacramento Bee, August 2, 2018
williamland.ottogolf.com
valcomnews.com/veteran-hotel-proprietor-william-land-accumulated-fortune-in-sacramento/
Chico Record, Number 294, 7 January 1912